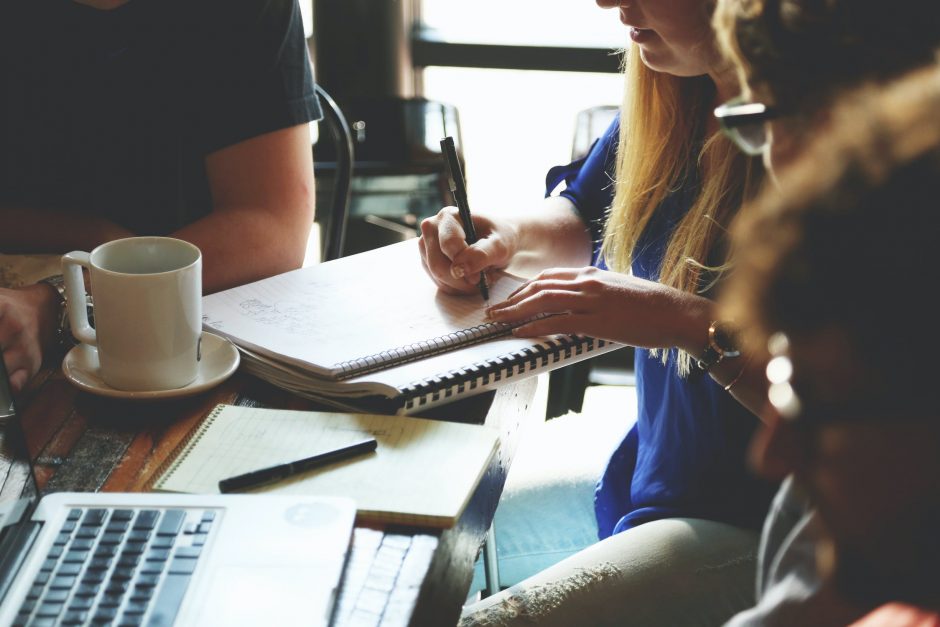 It seems that every week on my social media feeds, broader evangelical leaders are decrying some new doctrine, fad, or cultural ideology. Wielding their words as weapons of war, these denouncements are seen as heralding and defending the truth, as 2 Tim 2:15 exhorts pastors to do. My problem is not with leaders defending the truth but in the manner that they do so: primarily in the form of binary thinking. Rather than affirming various aspects that are true because of common grace, evangelical leaders decry the entire secular ideology because it does not fit within a conservative systematic theological textbook.

A famous church-history pastor/scholar once said, “All truth is from God; and consequently, if wicked men have said anything that is true and just, we ought not to reject it; for it has come from God.” No, church, this is not a Coexist bumper sticker where we simply live in some harmonious relationship with all beliefs and religions; this is simply affirming aspects of truth in a world full of evil because God is the ultimate source of truth. Even though the sinfulness of man is on display everywhere, common grace and the echoes of Eden break through the cracks of a secular society so that moments of truth will inevitably be a part of every secular theory. For those who are skeptical about the above statement, perhaps we should realize that the author was none other than the theological bulwark, John Calvin. In this respect, it is helpful to quote Calvin at length:

Therefore, in reading profane authors, the admirable light of truth displayed in them should remind us, that the human mind, however much fallen and perverted from its original integrity, is still adorned and invested with admirable gifts from its Creator. If we reflect that the Spirit of God is the only fountain of truth, we will be careful, as we would avoid offering insult to him, not to reject or condemn truth wherever it appears

Institutes of the Christian Religion, II.2.15.

Binary Thinking In Our Times

To put some skin on this theoretical skeleton, right now, presidents of the major Southern Baptist seminaries are decrying Critical Race Theory as inconsistent with the biblical narrative. Keep in mind, Southern Baptists still represent the majority of Protest Evangelical Christians in the United States and thus their leaders will naturally reflect and influence where the denomination lands. My question to such leaders is, “Does heralding the truth look like decrying cultural ideologies or would it be more helpful to find elements of truth that are consistent with the biblical narrative that helps you paint a better picture of humanity through the biblical worldview?”

Am I in total disagreement with these leaders? Absolutely not (again, binary thinking would push us to say, “These leaders are dumb!”). Are there aspects of Critical Race Theory that are frightening and wrong? Absolutely. I wholeheartedly disagree with Marx’s solution for the problem, that we simply need to replace the power structure between the oppressed and the oppressor. Because of human sin, those who are in power will inevitably oppress. The solution can not be found where the problem lies. At the same time, can we affirm some very valuable truths in this cultural theory? Can we agree that racism is an egregious act, one that violates the imago Dei? Can we agree that there are elements of oppression between classes, races, sexes, etc? Absolutely. Affirming such truths is not affirming the entire theory of Critical Race; rather, it is highlighting what Calvin notes, that we can read “profane authors” and find gems of truth hidden in the rubble of cultural brokenness.

Before we get hung up on the details of Critical Race Theory (which, for the sake of time and argumentation, I am overly simplifying), I am seeking to address the broader cultural trend among Protest Evangelicals to only reject rather than to affirm and approve on what has been written. Evangelicalism often falls into the trap of binary thinking: believing that we must wholeheartedly agree or disagree with a certain group or ideology. Binary thinking does not allow us to find elements of truth within the world, producing a system of “us-vs-them” thinking in the church.

Perhaps one of the most compelling voices of non-binary thinking is Scott Sauls, a Presbyterian Pastor in Nashville, TN. During the tumultuous season of the election, Sauls wrote, “If I can find nothing to critique about the political party that I support, and nothing to affirm about the opposing political party, then it’s probably the case that I’m conflating my partisan politics with my Christianity.” Surely many Christians hav fallen into the political binary trap, believing that the “other side” is completely wrong and our party is right. Binary thinking produces Christians who cannot affirm any aspects of truth in the opposing view. How then should we approach such cultural topics in a world full of deceit and evil?

We should follow in the steps of men like Sauls and Calvin, who can affirm truths in “profane authors.” In order to do that, we must be grounded in the biblical story, finding ourselves as part of God’s great drama in the world. We need to understand who our God is, to understand what God has communicated very clearly in the Bible, and to have our lives saturated in the words of the Scriptures. When one can view the world through a biblical lens, we are able to parse through the junk to find the nuggets of truth that exist because of common grace in the world. Sadly, I believe that some Christians fall into the trap of binary thinking because they are unable to discern what is true and false due to their lack of biblical understanding.

When our lives are grounded in the biblical narrative, we will become people of nuance rather than binary thinking. Will we be able to affirm everything? Absolutely not. But we will be able to affirm some elements of truth, and we can use those as building blocks for telling a better story in God’s world. For example, in the discussion of racism, particularly in America, we can affirm various aspects of Critical Race Theory (such as the extent and damage of racism) while also casting a better vision of how one deals with racism in this world. Using the common grace truths found within a cultural ideology will allow you to affirm and point towards the ultimate resolution that is found in the cross, resurrection, ascension, and second return of Christ.