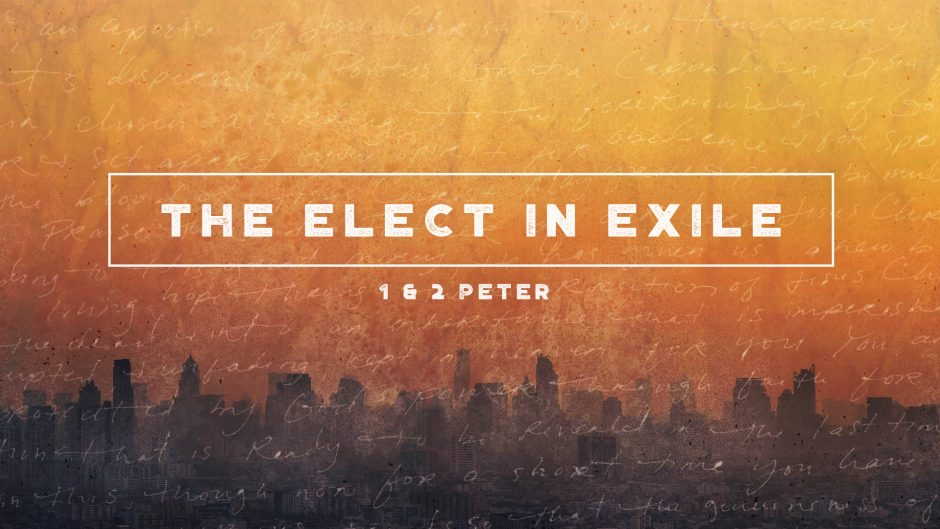 Starting in September, I will begin to preach through 1 Peter at Coram Deo. Why should we care about 1 Peter and how is it relevant to the life of a Christian today? My hope and prayer is that the people of Coram Deo may learn not just information but be transformed by the renewing work of God found in 1 Peter. So then, why should we study 1 Peter now in the 21st century?

PETER IN A TIME SUCH AS THIS

Many Christians are familiar with the Pauline epistles, the Psalms, Proverbs, and the Gospel stories; very few people spend significant time in 1 and 2 Peter. In fact, I have rarely, if ever, heard a Christian say that 1 Peter is one of their favorite books, even though the book has so much relevance to the life of a Christian in the 21st century. Even though thousands of years apart, we would discover that Peter’s world and our world are really not that different.

For one, depending upon when you believe Peter wrote 1 Peter, the persecution that Peter warns against is very similar to the persecution that Western Christians are now facing or will begin to face very soon. For Peter, the majority of persecution was verbal and cultural, meaning that perhaps a Christian would be verbally shamed or ridiculed for their belief in Christ while not enduring physical punishment. As Western culture continues to push further from Christianity, we will continue to see verbal and cultural persecution. For many of us, this type of aggression will be foreign to us and sadly, many of us will respond more from an American mindset than a biblical mindset. We will want to defend our honor, retaliate, and protect our rights. Rather, Peter would admonish us, “Do not repay evil for evil or reviling for reviling, but on the contrary, bless, for to this you were called.” (1 Peter 3:9)

Peter will help refocus our priorities and fix our hope firmly on our Covenant God. Many of us have been accustomed to being in a place of cultural power, which is now shifting, and without the help of the Scriptures, we will be left confused at best and angry at worst. This, personally, leads me to the most important reason to study 1 Peter in the 21st century.

In the introduction, Peter identifies his audience as “elect exiles,” which, for our current cultural situation, is incredibly relevant. The average American Christian probably does not feel like an exile but the reality is that we progressively feel more like an exile as the years progress. An exile is a resident of one country while being a citizen of another. In this case, the people of God have always been exiles in this world—members of the Kingdom of God while living in the world. Yet, for many of us who grew up in Christendom, we have not felt like exiles. Times are changing, folks.

Peter wants to ground our identity in two facts—that we are elected and chosen by God and we currently reside as exiles and aliens in a foreign world. We recognize that we primarily belong to a world that is not here, to a Kingdom that is unshakeable, and to a King that is unimpeachable. Rather than grasping for cultural straws, it allows us to rest in and for the Kingdom of God that is breaking in right now.

Because we are living in times where it is evident that Christians are exiles, it is more important than ever to have lives that are modeled after the Kingdom. Perhaps for many growing up in Christendom, morality was regulated via the government or the neighborhood that you grew up in. With the rise of postmodernism, morality is no longer enforceable outside the individual realm and thus, the people of God must be shaped by an ethic outside of themselves, namely through the Scriptures and the Kingdom of God.

1 Peter will not only teach us but shape us as a people to live as exiles in God’s kingdom. We will learn what it means to honor governors (even ones that are evil and commit evil acts), how to live as a godly family, how to serve in our vocations, and how to minister to those that are different than us. Rather than taking our cues from culture, 1 Peter invites us to be shaped around a Kingdom ethic.

JOIN US IN SEPTEMBER

I hope that you will join us as we learn from 1 Peter in the Fall. Perhaps you are new to Las Cruces and are looking for a church home, I invite you to join us on Sunday mornings at 10 am (you can also join us online as well). For those of you who already attend a church in Las Cruces, we invite you to journey with us and mine the riches of Peter’s epistle that is more relevant now than ever.