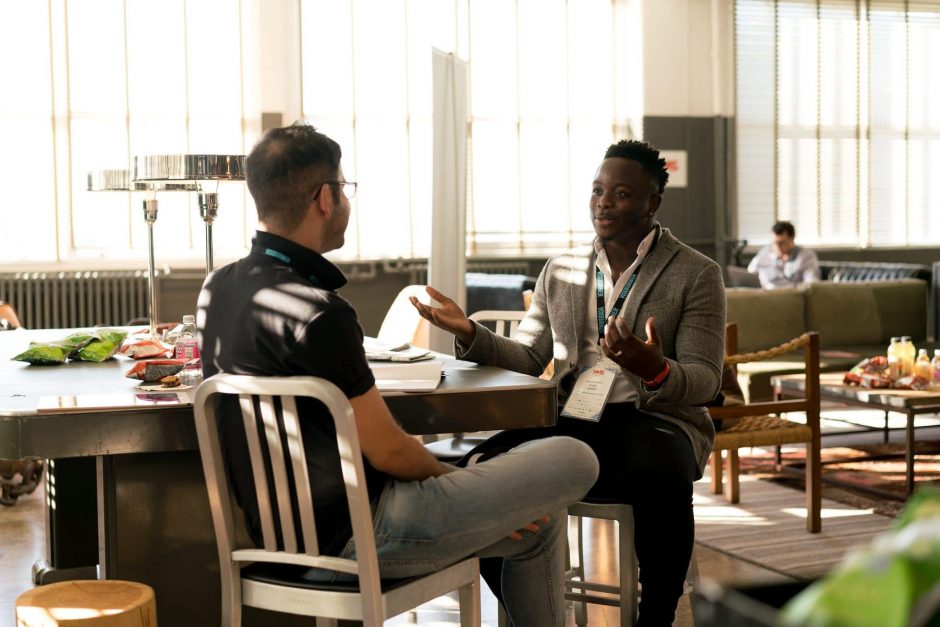 If you were to describe the current cultural climate of the United States right now, what words would you use? For some, our country embodies hope, creativity, and exploration. For many, though, our country, at least right now, embodies an air of hostility, division, and a general spirit of unkindness towards one another. Perhaps this has been amplified by the rise of digital technology, allowing men and women to express what has always been inside their hearts, now with little to no consequences. If I were to select a few words to describe the current cultural climate, it would be hostility and division.

Perhaps in no other time in America history (outside possibly the Civil War era) has our nation been so divided. Before us is constantly a binary choice, forcing us to choose sides, dig our heels in, and vilify our opponents. Rather than approaching one another with dignity and respect, we assume the worst of one another, painting each other in negative lights, and use derogatory language about one another. A prime example of this is our current President, who should be the representative of a nation (perhaps, he is, after all), continuously mocking his political opponent with the nickname “Corrupt Joe Biden.” We can do better than this.

Contrary to what most people assume, disagreement and conflict are actually incredibly healthy for individuals, teams, and marriages. The ability to resolve conflict demonstrates a healthy system, rather than a family or team that never fights. A system devoid of conflict is not healthy, quite the opposite. The same is true for cultural systems and countries—our ability to resolve or not resolve conflict and disagreement is a barometer of our health. Ecclesiastes 7:5 notes, “It is better for a man to hear the rebuke of the wise than to hear the song of fools.” In some arena of life, there are those that are smarter and wiser, and thus, it would be wise for us to heed the rebuke rather than pick a fight.

What is required to be able to resolve conflict in a healthy way? Both parties must possess charity, kindness, and grace for one another while at the same time possessing incredible self-awareness.

Beginning with the latter, understanding our true selves as we approach a conflict is very important. What biases do I bring to the table? What presuppositions am I assuming (all Republicans value ____, all Southerners are ____)? How has my story shaped my beliefs? How can that be driving my desires at the present moment? In the former, leading with charity, kindness, and grace can entirely change the tone of the conversation. If there is a heated disagreement, we should first seek to listen and understand before we lecture.

This sort of demeanor is present not primarily in words but in our attitudes towards one another. Do I really see the person on the opposing side as someone made in the image of God, worthy of my dignity and respect, even if they disagree with me on fundamental issues? Do I believe that regardless of what a person believes, they are not worthy of my berating comments? Do I seek to follow the golden rule, of speaking to others as I would like to be spoken to? Words of kindness and charity flow from a heart that is full of kindness and charity for others; a lack of such words reveals that our heart is perhaps far darker than we dare even realize.

THE CHURCH AS AN EMBODIED KINGDOM ETHIC

Sadly, in the last few years, I have noticed that the broader American church has not followed the way of Christ in servanthood, kindness, and grace, but instead, has taken up the cultural vernacular of unkindness, bashing, and shaming. Rather than understand and show compassion to those we disagree with, we vilify and demoralize our opponents. What if the church embodied a Kingdom ethic, that was demonstrated in the character of God that is slow to anger and abounding in steadfast love and faithfulness?

What if, as a church, we realized that every hill is not worth dying on, and that perhaps our kindness speaks more than our ability to argue? What if the world was drawn into our community by our affection, love, and kindness rather than our division and incivility? Dear Christian, remember, this world is not your home, you belong to the King and to the Kingdom. Rather than making every argument high stakes, remember that the Bible calls us to live at peace with all people (Romans 12:18).

Will you then, live counter-culturally, not by abdicating from certain immoral behaviors, but by embodying a speech ethic that is shaped by the Kingdom? Will you lay down your weapons, pull up a chair, and invite conservation that is charitable and profitable? Will you seek to serve your enemies rather than slay them with your words? Church, God is inviting us into a live of civility and kindness for the sake of a watching world.