Book Review: One With Christ 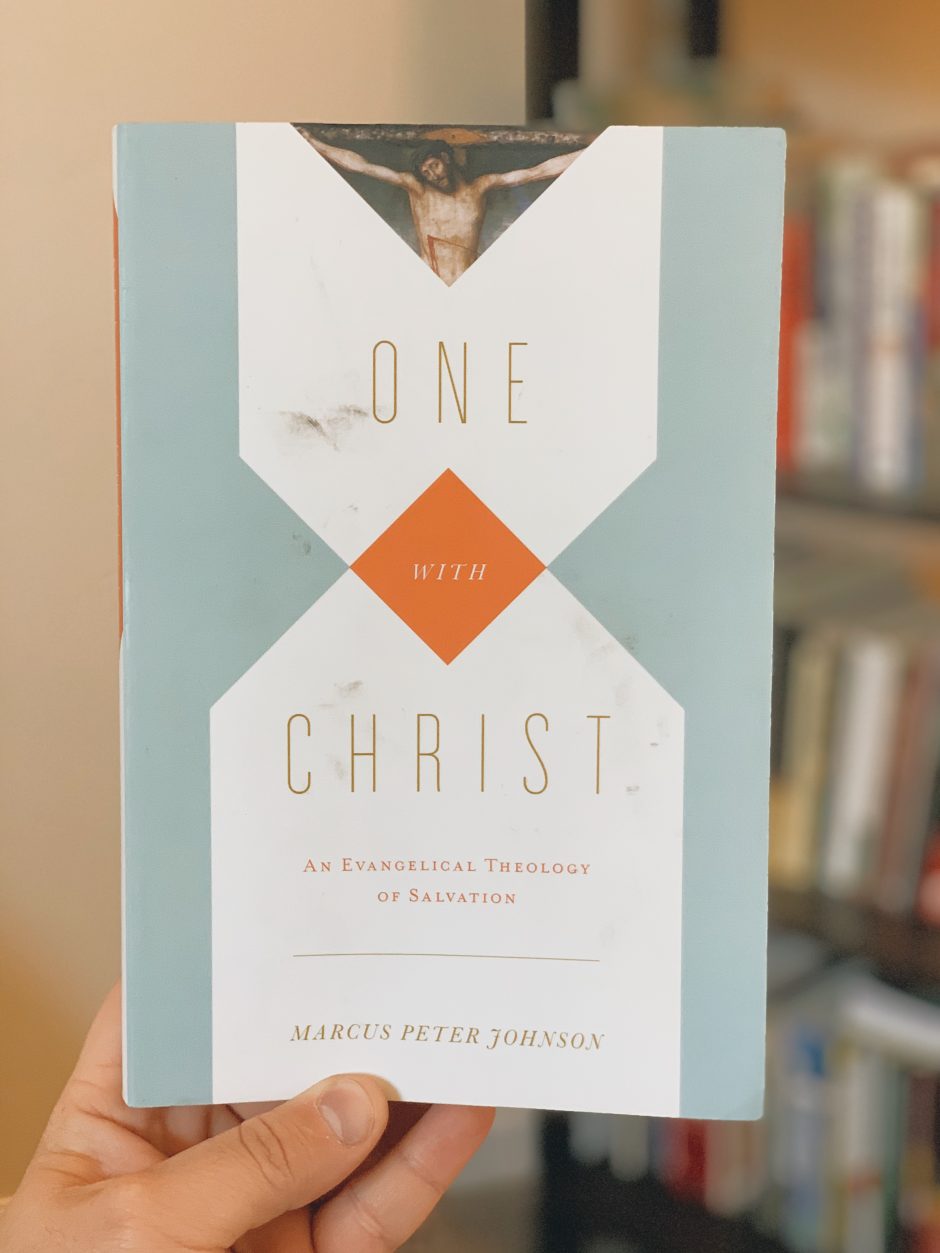 What is the central premise of the Christian faith? For most Christians, a well-packaged presentation about sin and the death of Jesus providing forgiveness would be customary. Perhaps others would say that God has communicated to us in the Bible. Still, others would point to a biblical worldview that shapes morality. With so many streams of emphasis among Christians, what is the central doctrine of the Christian faith? In his latest book, One with Christ: An Evangelical Theology of Salvation, Marcus Peter Johnson, professor of theology at Moody Bible Institute, proclaims with gusto the driving doctrine of the entire Bible and the Christian faith: union with Christ.

What exactly is union with Christ?

Johnson would be the first to profess that union with Christ is both simple and multifaceted, “union with Christ … is a collective phrase that is meant to encompass the astonishing number of terms, expressions, and images in the New Testament—in the Pauline and Johannine writings in particular—that refers to the oneness of the believer with Christ” (p. 19). In the New Testament, the most common way Paul or John would communicate union with Christ is though one simple phrase: in Christ. Again, Johnson would argue that the “primary, central, and fundamental reality of salvation is our union with Jesus Christ, because of which union all the benefits of the Savior flow to us, and through which union all these benefits are to be understood” (p. 29). Put simply: union with Christ states that I am in Christ and he is in me, and thus, we now have a living, breathing, vital relationship with the living God.

The author of Ecclesiastes was surely right, ” Of making many books there is no end, and much study is a weariness of the flesh.” So, why another book on another theme of the Christian scriptures? Johnson would argue that we need to recover the doctrine that stands as the central part of the New Testament and thus, where all the blessings of salvation flow. You see, you and I are used to discussing salvation in terms of forgiveness, justification, and eternal life. Yet, all of these are mere blessings that flow from the one fact that through the life, death, burial, and ascension of Christ, we have been united to both the person and work of Jesus Christ. The work of justification, sanctification, glorification, and a host of other blessings, come only via our union with Christ. To miss the importance of union with Christ misses the fountainhead of these blessings itself. At the risk of quoting Johnson at length, his opening words show with compelling force the reason this book is needed:

“This book is concerned with repairing an ever-widening fissure in evangelical theology that threatens to put asunder what God has joined together. In far too many evangelical expressions of the gospel, the saving work of Christ has been so distanced from his person that the notion of a saving personal union with the incarnate, crucified, resurrected, living Jesus strikes us as rather outlandish… We are in dire need of the reminder that Christ’s saving work is of no benefit to us unless we are joined to the living Savior whose work it is. When we entertain the notion—consciously or not, intentionally or not—that we can be saved by the work of Christ apart from being joined to him personally, we are deepening a fissure that, left unprepared, will continue to move us away from our biblically faithful theological heritage.”

Outside of the fact that there are a scarcity of modern books written about union with Christ, why should you read Johnson’s work over others (for a more accessible book on the subject, see Wilbourne’s Union with Christ)? There are three reasons that I would recommend Johnson’s book over any others at the present moment: its theological clarity, its historical emphasis, and its biblical richness.

First, from a theological standpoint, Johnson does an excellent job of proving his case that all of the benefits of salvation actually flow from a living and vital relationship with Jesus via union with Christ. For many Christians, the Christian life is found in its blessings: justification, sanctification, eternal life, adoption, etc. In each chapter, Johnson demonstrates how union with Christ serves as the foundation and fuel that drives each various doctrine. In particular, Johnson has included two chapters on the relationship between the church and union with Christ and the sacraments and union with Christ. For a culture that prizes individuality and a low sacramental view, Johnson is theologically compelling about the importance of both the church and the sacraments.

Second, it is hard to find a section that does not deal in some with the historical nature of such a doctrine. From ancient church father, to Reformers, to modern thinkers, Johnson demonstrates that our failure to appreciate the doctrine of union with Christ is a failure to prize our treasured history. For much of church history, union with Christ did stand at the center of Christian thought. It wasn’t until the last few hundred years did union with Christ get replaced with simply the benefits of salvation.

Third, Johnson does not spend significant time pontificating on merely the philosophical, theological, and historical reasons for union with Christ—he demonstrates the rich biblical content associated with the doctrine. While primarily a theological textbook, Johnson is not afraid to engage in deep works of exegesis. You will gain a fully-formed biblical picture of why union with Christ is central and how the various blessings biblically flow from this important doctrine.

For those who are unaware of union with Christ or simply want to learn more, I could not recommend Johnson more highly. I found myself drawn to worship our Triune God as I re-discovered the amazing reality that I have been engrafted into a personal, living, and vital relationship with Jesus himself. For those looking for a new book in 2021, this is a must-read.

Our Liturgy: Why Do We Do That?