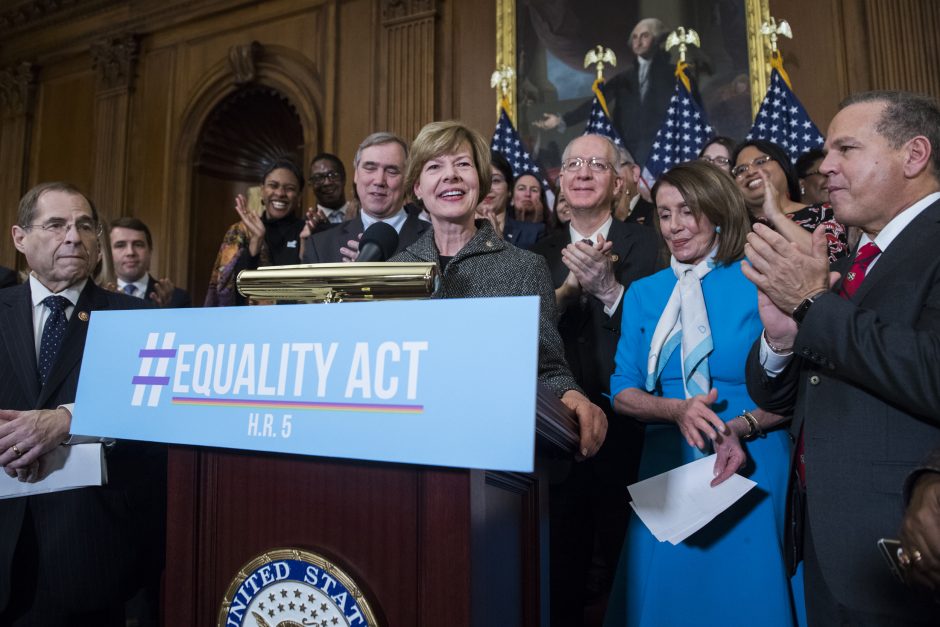 For those unaware, the house of House of Representatives is voting on the Equality Act, which would expand the 1964 Civil Rights Act to forbid discrimination based on sexual orientation and gender identity. For those with a conservative bent, both politically and religiously, the concern is not only about the role of sexuality in modern discourse but the fact that, according to Rabbi Avi Shafran, “it would override the 1993 Religious Freedom Restoration act, which gives people a way to challenge government requirements that they feel impinge on their religious rights.” Many conservative Christians have been weary of encroaching sexual ethics because of their religious and spiritual convictions, and the Equality Act is one more nail in the coffin.

The United States is currently in a political battle surrounding freedom. On the one hand, religious freedom is a privilege that Americans have enjoyed for centuries. Politically speaking, it is something that should be defended and upheld in our country. On the other hand, freedom from discrimination is also a right and privilege that Americans enjoy. As our culture has progressively advanced, the notion of what it means to be discriminated, and the categories of discrimination have evolved. The difficulty with the present cultural moment is that the former derives its ethical value from some form of transcendence (God, a sacred text, such as the Bible, Quran, etc) while the latter derives its ethics from the psychological well-being of the individual person. The two are often at odds with one another and thus, there will eventually only be one victor. Without spoiling the book, it is helpful to quote Trueman at length here:

It is, however, increasingly clear that the idea of religious freedom is coming under hostile pressure in Western society and no longer enjoys the status of an unequivocal good in the broader social imagery. There are a number of obvious examples indicating that this is the case. The opposition to the state of Indiana’s Religious Freedom Restoration Act in 2015 was eloquent testimony to the fact that where traditional religious freedom collided with the perceived rights of the LBTQ+ community, the latter was more likely to have sympathy with the big business and the media.

In Rieffian terms, the conflict between traditional religion and modern sexual identities is a clash—perhaps the quintessential clash—between the second-world culture and the anticulture of the third, so completely opposed are they at the most fundamental level. There is no compromise that can really be reached here because there is no way that the one can be assimilated to the other. They rest on completely different premises and are aimed at antithetical outcomes. Given this, it is hard to conceptualize a culture in which the rights of religious conservatives and the rights of those who identify as sexual minorities can both be accommodated. It is precisely because matters of basic identity, and therefore of what constitutes dignity and appropriate recognition, are at stake that makes a negotiated settlement impossible. To allow religious conservatives to be religious conservatives is to deny that people are defined by their sexual orientation, and to allow that people are defined by their sexual orientation is to assert that religious conservatism is irrational bigotry and dangerous to the unity of the commonwealth.

Listen to the importance of what Trueman is saying. Religious conservatives and those who identity as sexual minorities have different foundations of ethical systems and thus are incompatible with one another. To give freedom to one camp limits the freedom of the other. Because the dominant culture currently favors those that are oppressed (i.e. sexual minorities), the trend will favor the progressives rather than the conservatives. The pressure cooker of conflict surrounding sexual ethics has been rising for decades and it is about to explode. What then shall the church do?

First, the church is called to be a community that exhibits the grace, mercy, and generosity of God. While we may disagree with the sexual morale of the current culture, that does not give us a right to condemn, speak ill, or repudiate those with differing beliefs. All men and women, despite their beliefs and ethics, are worthy of our respect and honor because they are creatures made in the image of God. A church that consistently vilifies its opponents is a church that has not come to terms with its own vilifying and damning nature, which has been absorbed by Christ on the Cross.

Second, we should not discourage godly Christians who wish to engage in the political realm, whether professionally or personally. It is a noble cause to fight for justice, to work hard as a governor or senator, or to make ones cause known for conservative ethics and morale. Engagement with politics is not an abandonment of the Kingdom of God but vocational stewardship that can be leveraged for God’s glory.

Third, At the same time, lest we think that God is threatened by the current cultural ethics in the West, we must remember that the Godhead is not overwhelmed or stressed by the vote today. God is the rightful ruler and judge over all things and thus, we entrust our worries and cares to him who will one day renew and restore all things that have gone awry in his good creation. Remember, one day, every major political event in history will simply be a footnote in God’s redemptive plan.

Fourth, we must remember that the church not only survived in cultural moments where the broader cultural went against the biblical ethic, she actually thrived. The irony of the modern discourse on sexuality is that the narrative is couched in language of “progression,” as if history has never seen the sorts of sexual ethics that we are encountering today. The arrogance of the modern is to repudiate anything ancient as archaic and bigoted. Many do not recognize that the current sexual ethics of the West are represented in the sexual ethics of ancient Rome and Greece. Maybe Solomon was right when he said there was actually nothing new under the sun. Again, because of the enduring hope of the Gospel and the power of the resurrection, the church prospered in a society that did not agree with her ethics. The same can be true today. Again, Trueman here is so helpful:

In the second century, the church was a marginal sect within a dominant, pluralistic society. She was under suspicion not because her central dogmas were supernatural but rather because she appeared subversive in claiming Jesus as King and was viewed as immoral in her talk of eating and drinking human flesh and blood and expressing incestuous sounding love between brothers and sisters.

This is where we are today … The second-century world is, in a sense, our world, where Christianity is a choice—and a choice likely at some point to run afoul of the authorities. It was that second-century world, of course, that laid down the foundations for the later successes of the third and fourth centuries. And she did it by what means? By existing as a close-knit, doctrinally bounded community that required her members to act consistently with their faith and to be good citizens of the earthly city as far as good citizenship was compatible with faithfulness to Christ.

Carl Trueman, The Rise and Triumph of the Modern Self (pg. 407). Emphasis mine.

While it may be tempting to panic and begin bemoan the downfall of America, it is far more helpful to realize that we will be entering into a season in which the religious freedom we once enjoyed will more than likely not be a blessing that is in our favor. Rather than viewing this as a curse, the church should see it as a blessing. We have an opportunity to grate against the consumer culture of Christianity by calling men and women to doctrinal and ethical faithfulness, demonstrating both in word and deed of the Kingdom of God. The church survived and thrived in the 2nd century world and we can too.