Why “So” in John 3:16 Is Often Used Incorrectly 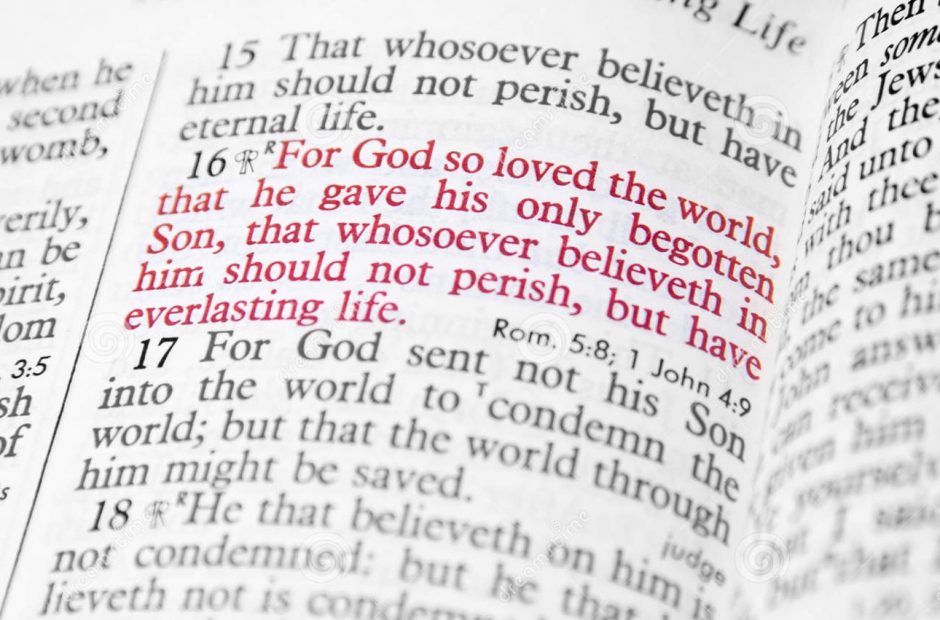 16 “For God so loved the world, that he gave his only Son, that whoever believes in him should not perish but have eternal life.

John 3:16 may be the most famous Bible verse in modern times. The verse can be seen plastered on billboards, trucking companies, In-N-Out cups, and on the faces of football players. And this is for good reason: the verse highlights the love which God has for humanity, which is primarily demonstrated in the giving of the Son of God so that we may inherit eternal life. The verse is full of glory and should be championed from the hilltops.

At the same time, I have heard sermon upon sermon from preachers of all different stripes misuse one word from John 3:16 to communicate an aspect of God’s character that it simply not textually accurate. I do not believe these pastors are being malicious or deceitful—they are attempting to use the language of the Bible as we have it in English to call people to believe and trust in the love of God. The problem is that many pastors do not have adequate training in Greek and Hebrew and thus will occasionally use words in English that do not mean the same thing in the original languages. So, what exactly is the word that is often used wrongly?

For God So Loved The World

Picture the scene with me: a pastor is passionately communicating the love of God that has been given to helpless sinners in the person and work of Jesus. Slightly bouncing on his toes, the preacher exhorts the congregation to believe and trust in the finished work of Jesus, harkening to John 3:16 as he proclaims, “See how much God loves you—He doesn’t merely love you, He SO loves you!” The preacher allows the rhetoric of silence to fall heavy on the people as he lets the previous sentence hang with weighted glory: God so loves you—abundantly, richly, lavishly.

While the concepts presented in the sermon are theologically true, they are textually inaccurate. This is the inherent danger of preaching—that you can preach a sermon that is biblically factual but fails to communicate the intent of the passage (or specific words in the passage). Do I believe that the preacher has completely misrepresented the passage? Absolutely not. He has simply emphasized an aspect of the passage that is not actually present. What do I mean?

In English, we often use the word “so” to communicate various things (dare I say, so many things). Many people read (and have been taught) that the “so” in John 3:16 refers to the amount of God’s love. The problem is that in the original Greek, the word “so” (οὕτως) actually means “in this way.” John is communicating to his listeners, “God has loved you and the way that he has loved you is by giving His only Son.” The logic of the Greek follows as such:

God has loved the world! How? By giving his only Son—so that whoever believes him should not perish but have eternal life.

Therefore, John is not making a statement about the amount of God’s love rather he is communicating the means of God’s love—the sending of the Son. You can make the point both biblically and theologically that God has an abundance of love for his people, just not from this text. For example, Paul prays in Ephesians 3:14-21 that the church at Ephesus may know the “breadth and length and height and depth” of the love of Christ. So, while the statement is technically true, it is not textually true.

The Importance of Textual Context

When studying, preaching, and even listening to the Bible, we must remember that context of words is incredibly important. It is incredibly easy to misunderstand or abuse words from a specific text (not speaking directly to the Bible but all of life) to fit what you want it to say. The goal of the reader is to understand the true intent of the words, how they would have been heard from the original audience, and how to apply them to modern life without fundamentally changing the concepts. This is personally why I believe that it is important for a pastor to know the biblical languages—so that they can deal with the original words in context and be able to translate them in a faithful and accurate way to the congregation.

In any work of translation, there will be miscommunications or shortcomings. The goal of the reader is to consider how to best understand words in their original context while also doing justice to the language of reception. If we mistranslate words to fit an agenda, we abuse the text; if we appropriately translate words but in archaic language that is foreign to the common vernacular, we fail as translators. The difficulty in language transmission and reception is striking a balance between original meaning and readability in the modern language.

While using “so” as “abundant” in John 3:16 is not heretical or even deceptive, it is helpful to note that it is often misapplied and misappropriated. The apostle John wants to communicate clearly to us: the way that God has loved is by giving his Son so that we may have eternal life. Let’s champion the abundance of God’s grace and love that has been given to us in Christ, but perhaps not from John 3:16.